Wait, you say? What do you mean by “quitting the business” you ask?

Well, at least for now, I am quitting the t-shirt business. And this means you can get a deal. I’m going to let you rake me over the coals, if you choose, and get the remaining t-shirts from my stash at truly below-cost prices. Yeah, I’ll lose money on each shirt sold. (Unless you opt to pay more than the minimum listed, which would be cool, but isn’t required.) Find the shirts here. Four pretty cool designs.

For those of you who want to know more, here’s why 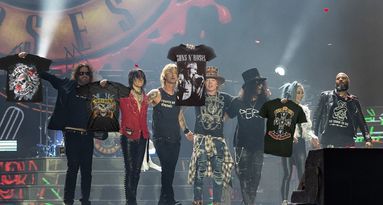 I am getting out of the t-shirt business:  As you may know, the music business has not been kind to most musicians who are not mega-stars over the last decade or two. Many music business “gurus” preached to those of us not earning a living from our music sales and gig income that we needed to “get with the future of music” by designing and selling cool merchandise, beginning with t-shirts. Over the years I have had several pretty cool designs produced, and typically sold them at my live shows.  Let’s just say that isn’t working out so well for me. I have spent money on graphic designers, then spent more money to have several dozen of each design printed up, then spent money on cool signage for the merch booth (oh yeah, I spent a bunch of money on a really nice, professional & portable merch booth setup, too), and honestly, people just aren’t buying t-shirts at the places I’ve been playing. (It’s not just me; every band at every gig we’ve played in the last 5 years has told me they can’t sell many shirts. And

some of them had super-awesome designs!) It’s not some giant, faceless record company financing this stuff, it’s me. So it is time to cut my losses, get rid of the shirts I have left, and get out of the t-shirt business. I am willing to take a loss on what I have left (but I hope I can at least break even) just so I can reclaim some space in my home and get back a little bit of the money I’ve spent.

The shirts are being sold through Bandcamp, with my actual cost of manufacture listed for each design. Bandcamp allows the buyer to either pay the minimum price (which will be less than my cost), or to pay whatever you like. There will be a small shipping fee, and the actual cost of shipping will be within pennies of this.

More ways I’m losing money on this: Bandcamp takes 10% off the top; PayPal

takes 2.9% plus 30 cents for each transaction; and the Tyvek envelopes used to ship the shirts cost me about 60 cents each (yeah, I found someplace to get them cheaper since that purchase, but oh well…). I’m telling you all this because you should have an accurate idea of where your money is actually going. I got the idea from Amanda Palmer, who is possibly the Queen of DIY, Indie music. She was once on a big label, and built a fan base there, but has since left and gone the “do-it-yourself” route. She tells her fans what it costs to produce her music and merchandise, and her fans are generally quite generous, which has resulted in her not needing a day job in order to finance her art and pay her bills. She began doing it because people seemed to think that making music has no costs associated with it, and she wanted her fans to have an accurate idea of what it actually costs to make an album, get it manufactured, and get worldwide distribution.  In other words, she was showing everyone that she wasn’t getting rich off her efforts. I’m not only not getting rich from this sale, I’m probably going to end up losing money in the long run. On the bright side, you will have a cool and rare t-shirt! Get yours now, while you can!