Well, today I posted on Hatebook Facebook that I was leaving, 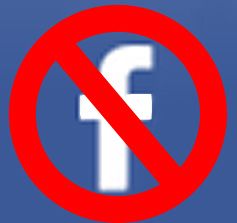 and may not be back for days or weeks, maybe forever. This has been building up for a while, but the strange reactions after Tom Petty's death and the tragedy in Las Vegas have really pushed me over the edge. Many will say that I should stay on FB and engage in healthy debate, but, as Shakespeare said, therein lies the rub. There is no debate, on Facebook, or in much of our society. If I make a statement of fact, and it does not agree with someone’s world view, I will be shouted down as a racist or a traitor to my own race or an islamophobe or a sympathizer or a homophobe or a redneck or a libtard or a bleeding heart or a blood-thirsty gun nut or any one of a thousand other insults, depending on what fact I bring up. And if I offer an opinion - watch out for the flames! We have become a nation of “tribes” with no desire to try to understand the other guys’ points of view. And simple disagreement apparently is no longer an option; each “tribe” seems to hate anyone not of their tribe, and wish awful things upon them while calling them names like a six year-old. Tribes might be democrats or republicans; gay or straight, or simply for or against gay rights; they might be racial groups; ethnic groups; different religions; religious or atheist; climate change believers or not; anti-vaxxers or those who choose to vaccinate their kids; divided on immigration; divided on any one of ten thousand things. Many of the topics focus on tolerance, yet many of those fighting for some specific tolerance fail to have any for those that do not share their views. It has been beating me down for many months. Then, Tom Petty died and Las Vegas happened.

Even before Tom Petty died, I was seeing hateful, intolerant comments when someone would post something along the lines of "praying for the hurricane victims." People were saying things like "Quit talking to your invisible friend and go help" or "Stop pushing your superstitions on us and do something actually helpful like send money" or similar things. And the religious posters would tell the atheists how they would burn in hell for all eternity. After he died this type of thing seemed to escalate to absurd levels. A friend got ripped for saying "R.I.P. Tom Petty," seriously! If you are an atheist, fine, just let the religious or spiritual folks do their thing; it doesn't diminish you in any way. And religious folks need to stop telling the atheists how to live their lives, as well. Just stop hating each other because they believe differently than you.

My heart goes out to every single person killed or injured in Las Vegas, and their families. It truly does. It is a horrible, unfathomable thing. This thing has everyone shouting mainly about gun control. That wasn’t where my brain went when I read the news. My first thought on learning about this massacre was “What kind of hate and anger filled these people to do such a thing?” I did not have a knee-jerk reaction about the tool used to commit the atrocities, or laws governing those tools. My reaction was geared towards the person committing the crime, and how our country, even our world, has devolved into killing those with whom we disagree.

When Mohamed Lahouaiej-Bouhlel drove a 19 ton truck into the crowds in Nice, France on July 14, 2016, and killed 86 people and injured another 458 the focus was not on “truck control.” It was on the hate-filled ideology that made this maniac commit his horrific act; as it should have been. When a group of suicide bombers & gunmen launched a coordinated attack on the Bataclan Theater and other areas in Paris, killing 130 and injuring 413 others, very little was said about gun control in France. That’s because essentially all guns are illegal in France already!! And it did nothing to stop the maniacs from killing and maiming. Newscasters spoke about the hate-filled ideologies, again. Timothy McVeigh bought fertilizer and fuel oil and some other easily obtained items, put them in a truck, and blew up some government buildings in Oklahoma City, killing 168 people and injuring over 600. No one said “we need common sense fertilizer control.” They focused on what drove a former soldier in the American army to kill fellow citizens.

That’s where I was at emotionally when I saw the news about the shooting in Las Vegas. Yet Hatebook was filled with people laughing at the deaths of the country music fans, saying they were probably Trump voters; probably gun-owners; probably Republicans, and  therefore it was okay that they were dead. “Oh, the irony” was the theme for many of them. Others were essentially screaming that anyone who owns a firearm was “in the room” with the shooter, because of their beliefs in the Second Amendment, and therefore just as guilty as the guy pulling the trigger. One woman posted that she wished all gun owners were dead, another posted that she wished everyone that voted for Trump was dead! Come on! Do you see the irony here? These kinds of posts are the very thing (hate) that powers the belief system of the Las Vegas shooter (or shooters) and allows them to feel alright with inflicting death and pain on complete strangers! What is wrong with our society?

I can totally understand that some folks might think gun control laws would have prevented this, but the harsh truth is that it probably would not have made a difference. The killers likely would have obtained them illegally, like the Nice, France killers, or they would have gone the route of Timothy McVeigh or the Paris maniac and used another method. The problem is hate. I’m sure we’ll see news accounts about what kind of hate drove the Las Vegas killers, but it will be a minor aside to what kind & how many guns they had. HATE is the real problem here, and Facebook is full of it. I cannot stomach the terrible sentiments expressed by so many people there, and anything I say will have no effect on these people. If anything, it will simply make them hate me, and people like me, even more.

So, I am done with Facebook Hatebook for a while. Please realize that the unbelievable online behavior regarding Tom Petty's death and the Las Vegas slaughter is just the final straw. All the hate and arguing about politics, religion, race, immigration, climate change, and even music has taken its toll on me, and I need to be away from the hate and negativity.

I will make a herculean effort to post new items on this blog as often, or even more often, than I used to post on Hatebook. I’ll post on Instagram as well; probably not so much to Twitter due to the level of stupidity that seems to also infect much of that realm. To those of you who have read this and are willing to stick with me: thank you. From the bottom of my heart, thank you, one and all. I make every effort to keep politics and other touchy subjects out of my life as a public figure, but today called for an exception. I urge you all to use logic, and to keep open minds regarding everything you see in the mainstream media in our current times. Be tolerant, but not so tolerant that you give the farm away. Gather facts from many sources. Give people second chances. Use wisdom when you choose who gets a second chance. Be kind. And remember, music is inexpensive therapy.

Thanks for reading this whole thing. Until next time, be kind, live well, and rock hard.